The problem: we have 4 different states – what GTK_STATE to use for what?

Generally speaking, GtkButtons only have three states (not counting insensitive, as it'd look weird and unexpected if used for a normal state): NORMAL, ACTIVE, PRELIGHT.

Pro: Looks more like the current tabwin. The selected-bg-color is usually used for GTK_STATE_SELECTED, so the currently selected window is very clearly visible.

Con: Breaks with some themes, because GTK_SELECTED is not a state a button can normally be in, so themes don't have support for it. This is especially bad with pixmap themes, as theming breaks entirely with those (see Adwaita in the screenshots below).

These screenshots show Option 1 above Option 2. (Note: currently two screenshots show slightly broken theming. Ambiance Option 2 doesn't apply button-theming, which would add ythickness=3 and hence break the label. This has to be fixed in the tabwin though. The second is Adwaita, which is pixmap based and doesn't have a default style for selected buttons, hence the default Gtk look.) 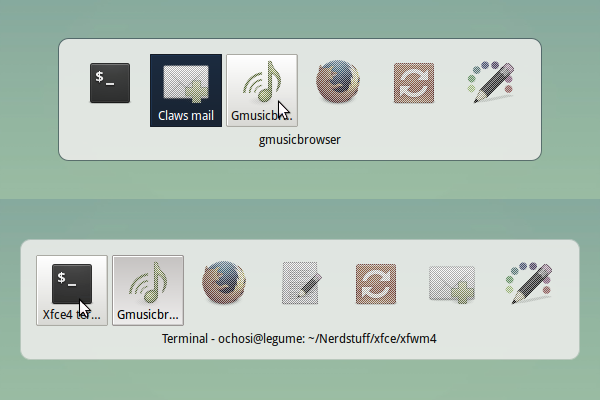 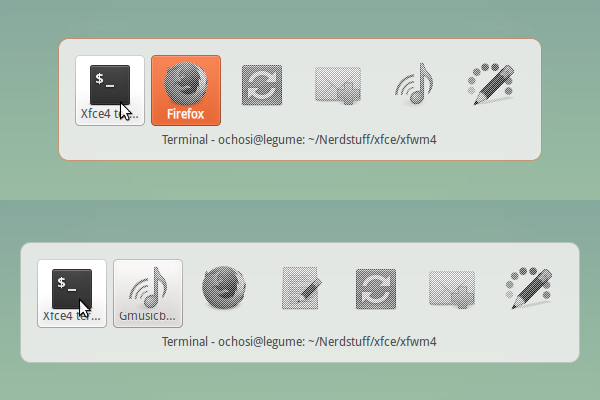 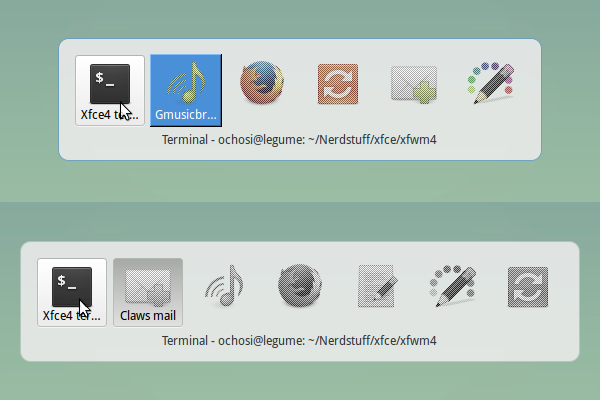