To use the new HeaderBar in lieu of the traditional XfceTitledDialog heading just add a <property name=“use_header_bar”>1</property> to your glade file or set the property when creating the dialog via g_object_new. (Note that this setting has to be set at construct time.)

This is the most effort of all three scenarios and would imply redesigning all applications, notably Thunar, Parole, Taskmanager. This scenario should not be taken as a “go full Gnome style”. Despite the fact that HeaderBars by default suck in the ButtonBox/ActionArea of Dialogs, those bottom elements can be retained (as you can see in the screenshots below). elementary would be one proponent of a Desktop Environment using CSD, albeit without the background of also providing the DE to mobile devices. Hence their usage/implementation of CSD is “less pronounced” than Gnome's, see e.g. their Video Player. (The elementary example is only meant to illustrate that there isn't only one way to use HeaderBars.)

Scenario 3: Use CSD only for XfceTitledDialog

Scenario 4: Stay where we are

This means changing nothing with respect to window decorations or XfceTitledDialog.

The screenshots always show the current style first, then the new style. The theme is Greybird, although some shots also contain Adwaita (in addition). 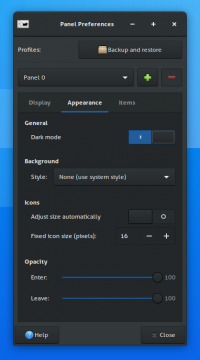 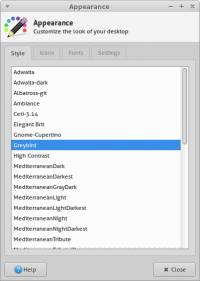 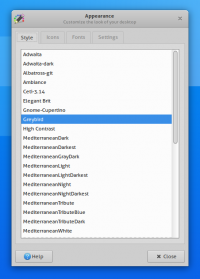 Three applications, one with a headerbar redesign (Taskmanager), one which is practically a settings dialog (Notifyd) and one with a minimal/zero-redesign CSD (Parole) to highlight different options/steps we have/can take when trying a transition.

Relevant for Scenarios 1 and 2. 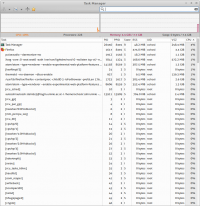 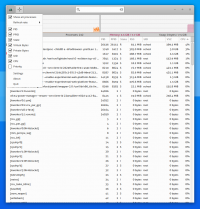 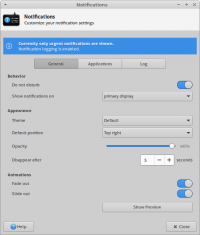 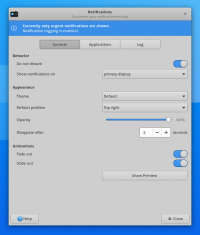 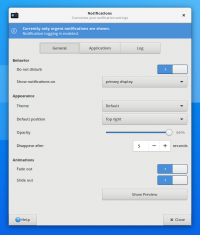 Relevant for Scenario 2. (Scenario 1 could e.g. mean dissolving the menubar into the headerbar somehow.)

Back to 4.16 Roadmap main page